ACA is owned and operated by the Airdrie Christian Academy Society (ACAS). The ACAS School Board is elected by society members and is currently made up of parents within our school body. The role of the ACAS Board is:
The Board ensures that key policies (admissions, hiring, and finance) are adhered to while the Principal and President are responsible to supervise daily operations.  They work on behalf of the society members to enhance the educational experience of our students.

Board Mission and Rule:

To ensure that resources are in place to provide our children with a Christian education delivered through Godly men and women.

The board exists to serve ACA's mission statement by providing governance to operations, planning and preparing for the future, and by protecting and strengthening its resources.

Officers of the Board 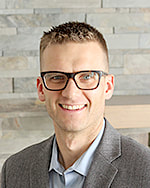 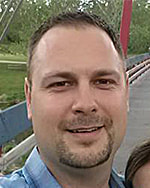 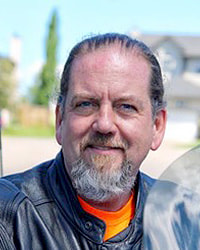 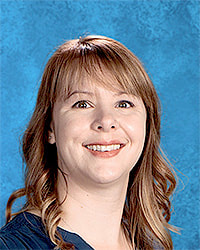 Gerald and his wife, Esther, have four kids. Ainsley is in Grade 4 and Reid in Grade 2. Their other two children, Everett (4 years old) and Sylvie (1 years old) are still at home. Esther is an alumnus of AKCS and their kids started attending ACA in 2017. Gerald holds a Bachelor of Biblical Studies from Millar College of the Bible (2003). His experience there solidified his passion for God’s Word and the significant role biblical education plays in rooting the believer in truth. After Bible college, Gerald went on to earn a Petroleum Engineering Technical Diploma (SAIT, 2005) and a Bachelor of Science in Oil & Gas Engineering Degree (U of C, 2014). He has over 15 years of experience in the Alberta energy industry and has enjoyed a broad range of work experience with focuses on technical problem solving, field operations, economic evaluations, risk management and strategic planning. Gerald has 12 years of experience serving on Christian Education school boards and started serving on the ACA Board of Directors in 2019. Outside of work and school, he enjoys activities with his family, hiking, snowboarding, and motorcycles.

Jonathan and his wife, Alayne, have three children, all of whom attend ACA. Brody (Grade 12), Harrison (Grade 9) and Grace (Grade 5). In line with his passion for “all things sports”, Jonathan has been the ACA Junior High Boys’ Basketball Coach for six seasons. His wife, Alayne, also serves as the Parent Council Director at ACA. The Durand’s both work for Beddington Pentecostal Church (BP) in Calgary where Jonathan is the Facility Manager / Coordinator as well as the Men's Ministry Pastor. Alayne serves there as the Children's Pastor. Their family has attended BP Church since 2008. Jonathan has also served on the board of the Agape Language Centre in Calgary since 2015.

Glenn’s involvement with (then Airdrie Koinonia Christian School) began in about 1999 when his oldest daughter, Jacquie, started Kindergarten and four years later his son, Ben. Ben attended until Grade 3 and Jacquie until Grade 7 after which they left the school to travel on a sailboat. Glenn’s wife, Angela, has been working in the classroom as an Educational Assistant for 7 years. Glenn and Angela have a blended family, including seven children ranging in age from 14 to 26. Three of their children (Ben, Cassi and Anissa) have graduated from AKCS/ACA and three are still attending (Max in Grade 8, Spencer in Grade 9 and Mitchell in Grade 12). Glenn and Angela attend Centre Street Church with their family.

Glenn has always been fascinated with sailboats, motorcycles and travel. In some of his travels, Glenn has served as an itinerant evangelist. Glenn has long been involved in business, new home building, commercial construction management, flipping houses and managing a real estate investment group. The past seven years, Glenn has been working as a Realtor.

Glenn and his wife Angela feel very strongly that our children must be taught the Christian faith as they grow and are educated. This school has been an excellent opportunity to assist us in our roles as Christian parents. ACA helps us teach our faith to our children and provide valuable Christian fellowship and faithful Christian examples.

Tabitha Kilfillen has been a Calgary and area resident for the past 18 years, although she is still a Maritimer at heart.  She and her husband David have been married for 15 years and have 2 boys, Tyler (Grade 8) and Travis (Grade 6).  Her children attended Heritage Christian Academy in Calgary since Kindergarten until moving to Airdrie and joining the ACA family in 2017.  Tabitha and her family call Calgary Life Church their home and still make the trek into Calgary to attend.  She is actively involved in her church biweekly small group sessions in Airdrie and cherishes the relationships that stem from it.

Tabitha is a Registered Pharmacy Technician and has been a Patient Support Program Coordinator for Janssen BioAdvance for over five years.  She enjoys helping people and is happy to put her organizational skills to work.  She spends her free time travelling, camping and geocaching with her family and friends as well as cheering on her boys at Taekwondo.  Tabitha is excited for the opportunity to become more involved in the community and her children’s school life. 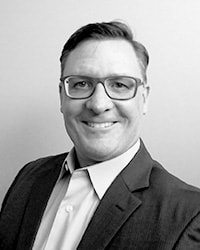 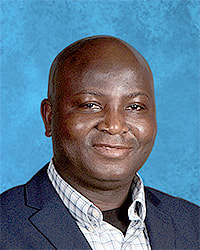 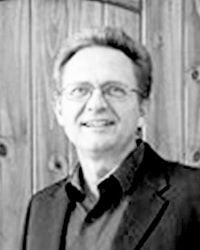 René Greener and Michelle Seghers-Greener have two children: Jordan (ACA Alumni) and Payton who is currently enrolled in Grade 5 at ACA. The family has been committed to the school for 15 years and commuted from Calgary for their son Jordan’s first three years at AKCS. In 2011 they moved to Airdrie and are very much enjoying the community and all it has to offer. The Greener/Seghers family has been attending Calvary Chapel online church. René has a background in marketing and business development and currently works in the recruitment industry. René is a previous school volunteer and experienced Board member that believes strongly in Christian education and community.

Oke was born in Nigeria 49 years ago. He holds a Bachelors Degree in Computer Engineering, and has been in the IT discipline since 1994, specializing in managing cybersecurity projects. Oke moved to Canada in 2008, and has been with the ACA family since then. He has three kids, who are in ACA, currently in Grades 12, 8 and 6.

Brian Oldridge became involved with Christian education as a part time student teacher and student coach when he worked at the Carstairs Koinonia Christian School. His oldest daughter, Lavina started kindergarten in 1994 at Airdrie Koinonia Christian School and all of their children, Lavina, Andrew, Joshua and Aleta, attended and graduated from AKCS/ACA with Aleta finishing in 2019. Brian has been very involved with many projects at the school including sound, building and maintenance, school trips, water sports physical education as well as planning and serving on the school’s mission trips. Brian’s wife, Valita, is also very involved with the school, especially since 2016 when she was asked to teach piano in the school, as well as being the accompanist for the school choir since 2010.

Brian has been involved on the KCES, Koinonia Christian Education Society, board for 7 years as well as various church boards over the years. Brian has one year of bible college with sound engineering training and then completed his Computer Engineering Technology at STI. He and his family currently are members and attend Kingdom City Alliance church in Airdrie since 1999. He has owned and run his network and security contracting business for 35 years, been the manager of infrastructure services for other businesses as well as teaching and working in sound/lighting design and operations.  Brian has a heart for Biblical Christian Education and strongly believes that our children need the opportunity to learn true biblical teachings and make them their own so that they can shine their light to the world and fulfill Christ’s purpose for their lives. 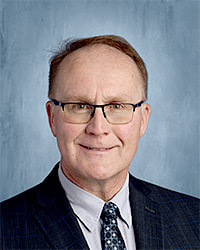 Testimony & Biography
I am so thankful to have been raised in a home with parents who still follow Christ and who taught and demonstrated for me how to also live for Christ in my own life. Both were also career teachers who lived out their faith each day in their classrooms. Having the opportunity to positively impact the lives of students through relationships and instruction is a calling that has grown through my time at ACA, teaching in both the elementary and secondary. Nothing gives me a greater thrill than seeing students move into adulthood, using their talents and abilities while serving the Lord through their own choice to do so. They have become owners of their education!

Philosophy of Education
Education is not complete without Christ at its centre, with Christian teachers reflecting all parts of their instruction back to the foundation of God’s unshakeable Word. A Christian school’s partnership with a Christian home and the Christian church will most fully equip boys and girls and teens to stand for Christ and to live their lives according to the calling and gifts given to them. It is an incredible privilege to be part of such an amazing ministry!